Salvador García Ruiz and Gracia Querejeta direct the six episodes of the adaptation, for which Roberto Santiago himself co-wrote the script, and Maribel Verdú will be the leading actress. The series is produced by RTVE, Tornasol and DeAPlaneta in co-production with ZDF Enterprises.

The series tells the story of Ana Tramel, a brilliant criminal defence attorney who is at her personal low. A call from her brother Alejandro, whom she has not seen in years, forces her to take action again. He is accused of murdering the director of the Gran Castilla casino. With a small team of confidants, she takes on the all-powerful gambling companies.

The novel ANA was translated into several languages and SvH Literarische Agentur represents the German and Dutch translation rights.

The Literary Agency. SvH Literarische Agentur is a literary agency based in ... END_OF_DOCUMENT_TOKEN_TO_BE_REPLACED 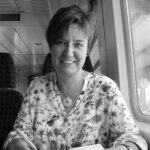