Hoping for a future without fear, 13-year-old Zippi and her family move from Azerbaijan to Germany. In their home country, they belonged to the Jewish minority. But their “new life” turns out to be a lot different than expected: For weeks, the family has to live in a refugee hostel without knowing whether they are allowed to stay in Germany. An ordeal, especially for Zippy!

But then, she gets to know 10-year-old Saladin from Syria who fled from the war together with his older brother Tarek. Zippi and Saladin become friends. Together with Zippis brother Ivo, Saladin explores the extensive area of the refugee hostel, and they come across something unbelievable. Suddenly, not only they but all of their new friends are in danger. A gang of ruthless criminals takes advantage of the refugees’ helplessness and threatens to send them back to their home countries. Together, the children decide to stop them. This adventure requires a lot of courage and solidarity. Will the children succeed in their plan that they and their families can stay in Germany?

Hannah and the others

Hannah is standing in a phone booth in an unknown town. How did she get there? In her purse, she’s got the telephone number of a girl, but why? It’s not her first mental blackout. She often does something she doesn’t understand, has dark suspicions that seem without cause, and makes allegations that get others in a terrible mess. Selfish, her mother says. Craving for attention, her therapist diagnoses. Crazy, she thinks. Because she doesn’t know about the others who protect her, block off bad memories and in an emergency even act for her. And now, the situation is more than serious: Hannah has to get to know the others in order to survive.

With the immediacy and suspense of a thriller, Hannah and the others tells of a girl with a multiple personality disorder and her desperate attempt to escape from her parents and discover the truth.

15-year-old Pia is an outsider in her boarding school for girls. Adriana Stern powerfully tells the story of an insecure young woman between longings and compromises, introversion and coming out, defeat and new hope, who finally emancipates herself in her student days. After the unexpected success of Hannah and the others, Adriana Stern now presents a gripping lesbian coming of age novel. 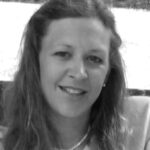