We start 2017 with big news: the writer Care Santos has won the prestigious Nadal Literature Award with the novel Media Vida, a story about five women with an unclear past.

The awarded novel tells the reunion of five women after three decades without seeing each other, in 1981 Barcelona. 30 years ago a terrible event scarred them and separated them forever. The novel is a look at friendship and love, with deep thoughts on the role that guilt and the weight of forgiveness play in life.

Care Santos has published more than thirty titles, such as Habitaciones cerradas or Diamante Azul. With the book Deseo de chocolate, Santos won the Ramon Llull Award in 2014. She also writes children and young adult literature, a genre in which she has won the Edebé, Gran Angular, Ramon Muntaner  and Protagonista Jove awards.

The jury of the 73rd Nadal Literature Award has been formed by the writers Germán Gullón, Lorenzo Silva, Andrés Trapiello and Clara Sánchez and by the publisher Emili Rosales. The awarded novel, Media Vida, will be published by Destino in early February this 2017.

Read more  about the Award: 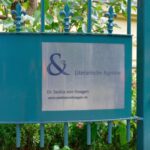 The Literary Agency. SvH Literarische Agentur is a literary agency based in ... END_OF_DOCUMENT_TOKEN_TO_BE_REPLACED 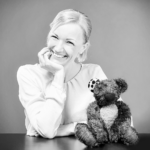